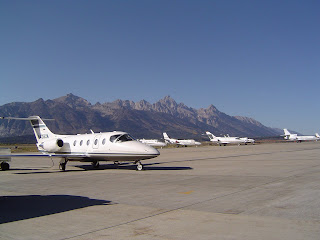 Last tour we landed in Jackson Hole, Wyoming, and although it wasn't yet snowing there yet, it is starting to get cold! As I am writing this entry, the METAR is KJAC 101255Z AUTO 36006KT 10SM CLR M02/M04 A3013 RMK AO1. This METAR, courtesy of the National Weather Service translates into:

What is a METAR? METAR is the international standard code format for hourly surface weather observations which is analogous to the SA coding currently used in the US. The acronym roughly translates from French as Aviation Routine Weather Report. SPECI is merely the code name given to METAR formatted products which are issued on a special non-routine basis as dictated by changing meteorological conditions. The SPECI acronym roughly translates as Aviation Selected Special Weather Report. 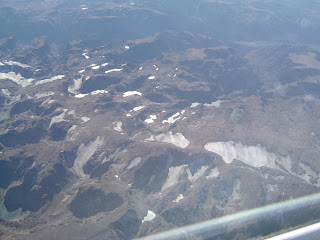 We did see snow along the way.... Which means fall will soon be over! I thought I would include some interesting tidbits about the snow.