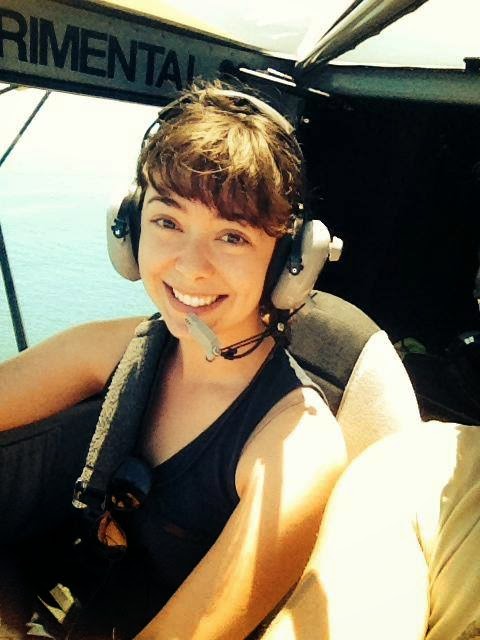 The other day a fellow pilot brought his young daughter to the airport. She had been begging her parents for weeks to take her, because she wanted to “see the skydive plane.” I walked her over to the hangar where our airport’s skydive operation is based, and watched her as she watched one of the jump planes take off, loaded with jumpers, over the trees and up-up-up. Her eyes grew wide, and then squinted to catch the plane as it climbed out on that bright sunny day.

Later I walked over to her dad’s hanger, because he was working on a Kit Fox and I wanted to check in on his progress. I only recently joined the EAA, more for the camaraderie since it will likely be many years before I can invest in a homebuild, and so I was asking questions about his project as his daughter sat in the cockpit, fiddling with the yoke, and occasionally asking her dad about this or that gage.

“Careful,” I said. “Your dad put a gust guard on the rudder, so you can play with the yoke all you want, but don’t touch the pedals.”

“I had to learn all about planes when I was training to become a pilot.”

This young kid, who was far more exposed to the world of aviation than most kids her age through her dad, had still never had a female role model in aviation. She was curious, bright, and interested, but her parents thought she was too young to fly in a plane with her dad, and no one ever placed the idea in her head—although I’m sure her father would have gotten around to it—that she could be a pilot too! I think that this is how we lose girls every day. Exposure to aviation usually gets people excited about flying, but exposure isn’t enough to convince someone that their ideas are realistic, or that they are capable. Once I decided to start taking lessons, I had an amazing and loving community take me under its wing. Still, it wasn’t until a family friend took me up at the age of 21—until a friend I knew my entire life without ever knowing he was a pilot—told me more about himself, and then invited me into that community, that I was actually able to realize that flying was a goal of mine. It wasn’t until he encouraged me to have my first flight lesson that I realized that flying was something I wanted to do, forever, no matter the difficulties.

We need people to support us, and it’s awesome how much the men in my life have supported my endeavors! They’ve taught me the ropes of Foreflight, forwarded me the details on FAA seminars, let me jump into the right seat of their baby, their plane, and practice approaches—really, pilots are the best kind of people. But it also really really helps for women, young and old, to see women pilots in particular ….the more women pilots out in the field, the more it helps a woman surmount the cultural obstacles that constantly tell her that aviation is for airmen, and that tell her with her own two eyes that there is no one who looks like her, and so maybe no one who looks like her can do that sort of thing.

Recently, Girls With Wings announced that their project as a formal organization was coming to an end. After years of teaching girls that they can rule the skies, and giving so many of us the opportunity to do so, GWW felt that the time had come where we group of girls released out into the world could continue to spread the word: “we hope that we have built enough momentum so that this community can promote the GWW mission individually and collectively.” I wasn’t sure how much I believed in that statement—but I’ve only just started, how could I possibly do anything to advance this great mission?! But after talking to the daughter of an aviator who had never entertained the idea that a woman could be a pilot, I realized that already, my license only a few months old, I could be the kind of role model that GWW envisioned when they chose me and granted me the amazing gift of flight. Already I’m in the position to encourage, educate, and inspire women—it is such an amazing responsibility, and one that I happily carry.