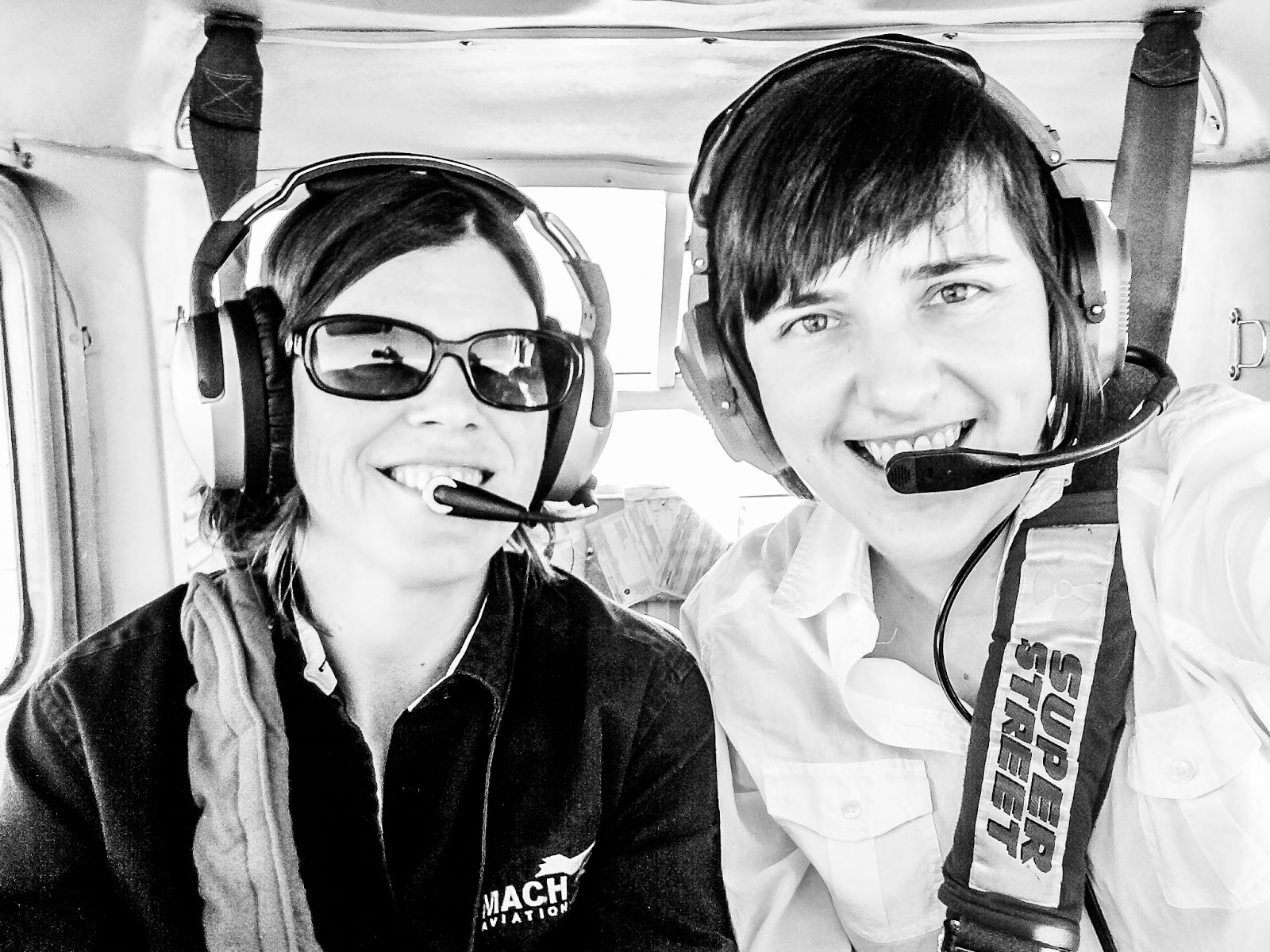 That right there, is what happens every time I go to a new airport at night. What you just read took about a minute of me trying to find the airport. But luckily, after my instructor Jen asked me if I saw the runway, I did find the right flashing light and saw the airport. It’s quite frustrating not being able to instantly see what you’re looking for, especially at night when flashing lights are so easily seen, but I think the more I fly, the more I’m able to calculate my distance away from the airport and know which area on the horizon to look at. It also helps that I’ve been flying the Archer which has two VORs and a fancy little thing that tells me the distance from a specific airport and the heading I need to fly to get there (the 150 I normally fly had been in the shop for repairs and only has 1 VOR, no GPS or anything extra). And since I’ve been flying it so much, I was able to get checked out in it so now I can solo in the Archer as well. Now I feel cool because the plane has four seats instead of only two! Aside from the extra seats, the second radio and VOR is so great to have. 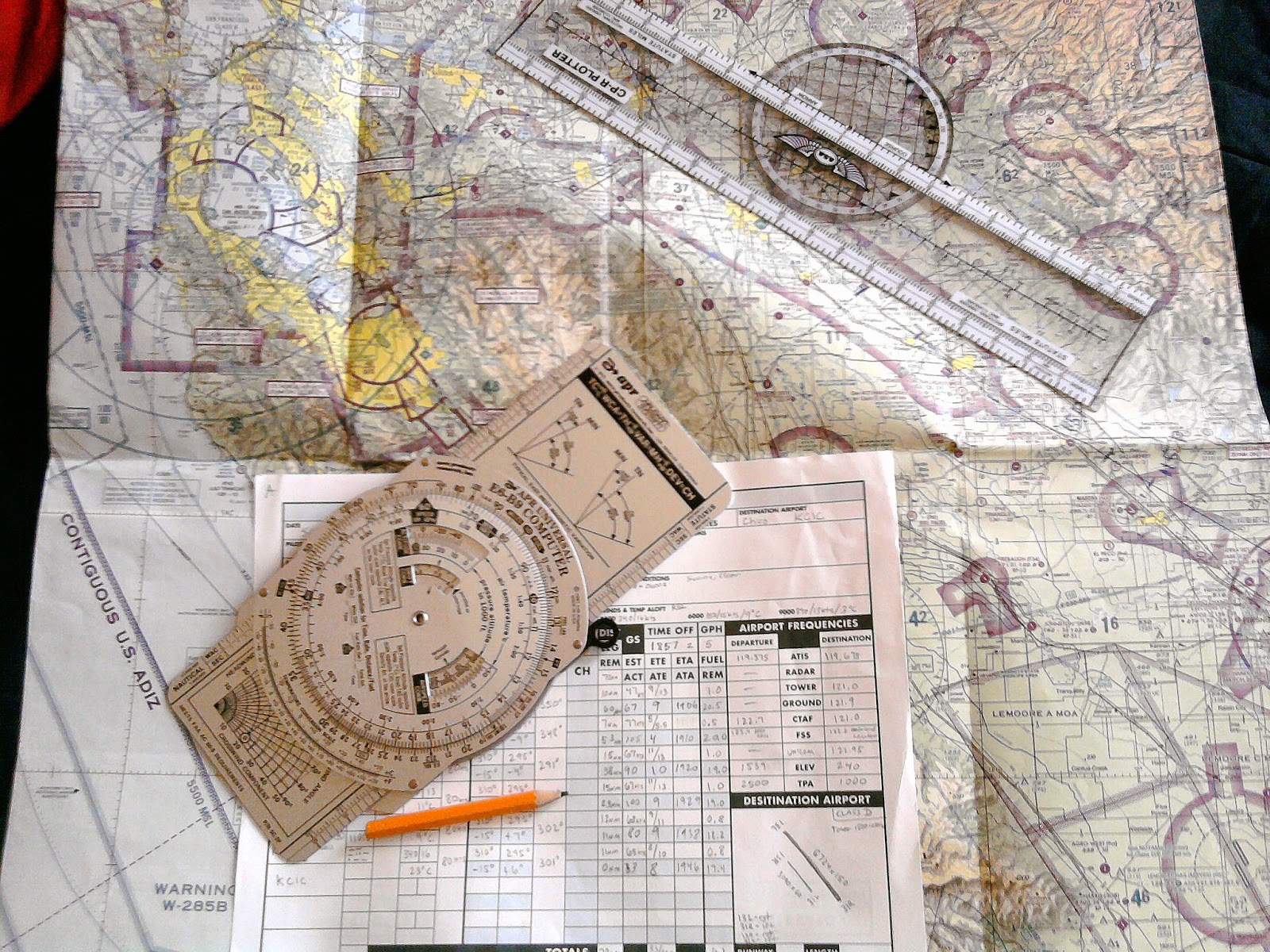 That night cross country could have been fairly simple and easy, but my instructor prefers to challenge me (which I do appreciate, by the way), and I was under the hood for half of the flight to the airport. I’ve done hoodwork before, so that wasn’t the problem. But I’ve never had to look down at my flight log and fly with the foggles at the same time. Every time I’d look down to calculate my groundspeed or find the next VOR, I had to tilt my head all the way up to be able to see the instruments. I couldn’t just glance up with my eyes because of the foggles. So then every time I looked down, I had to find my place again. That was probably the most frustrating thing I’ve ever had to do, even more frustrating than a crosswind landing. I survived, but I don’t want to have to do it again. One thing I’m quite pleased in is my flight log planning. It’s gotten more efficient ,and I don’t have stop at every box, think about what it is, then find my notes to figure out what to do. My first one took about about 3-4 hours. Now I can do them in 30-60 minutes. 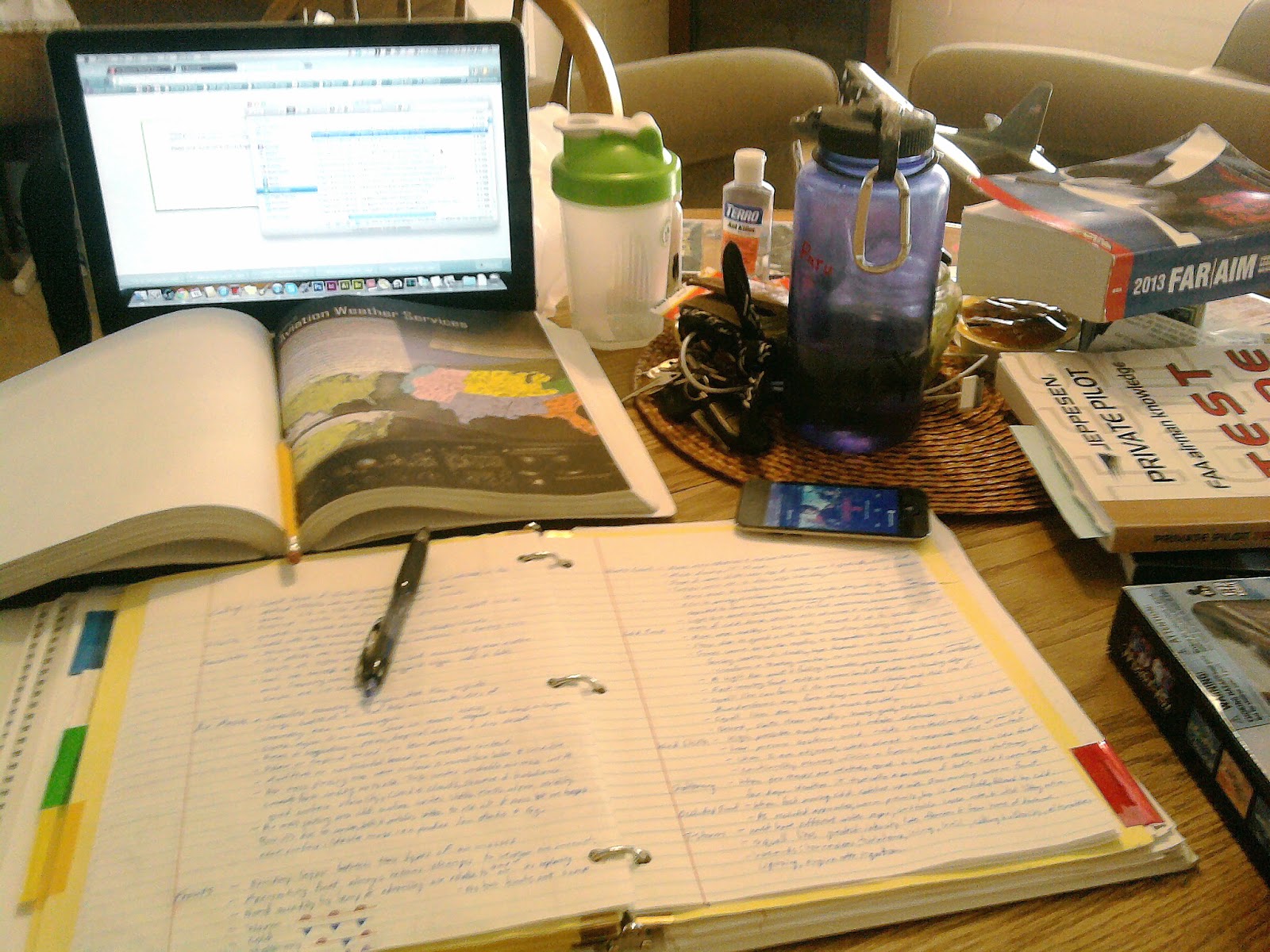 After the night cross country, we just reviewed some basic maneuvers and procedures since it had been a while since we’ve done those. So now I need to do my solo cross countries, but I haven’t taken my knowledge test yet. I could pass it if I took it right now, but I feel like I’d rather learn the information and know it than just memorize it. So lately, I’ve been studying, studying, and studying. For a while, I was stuck at weight and balance. But one day, as I was reading the same paragraph over and over again, it finally clicked and I got it. Now I’m stuck on weather theory. I’ll get it and understand it, but once I go outside and try to analyze the clouds, I forget what I just read. I’m hoping this is the result of what happens after you graduate from a university - your mind realizes it’s done and shuts off. So now I’m just catching up on sleep and studying (and of course washing planes during my study sessions). I’m about to schedule my Stage 2 check with another instructor, but still have to practice my lost and diversion procedures. Then I take the exam, and I head off on my solo cross countries! Normally I’d say, “I can’t wait.” But right now, I’d much rather have my instructor with me, “just in case.” I guess that’s what flight following is for.