An update from Rachel, An Advanced Rating Scholarship Winner! 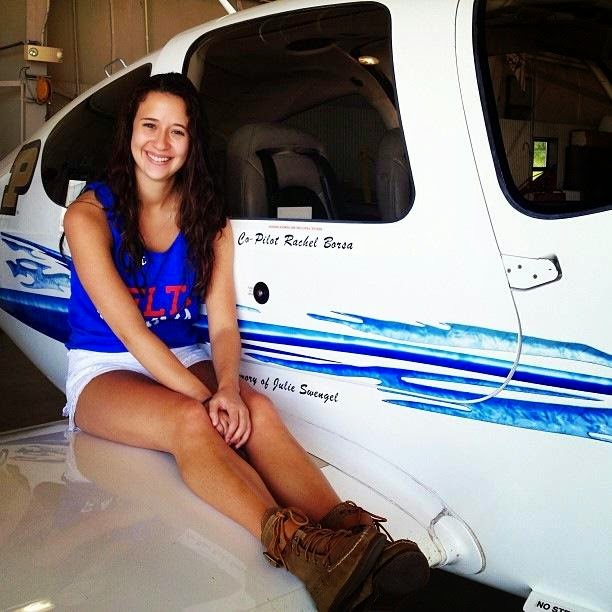 Let me start by saying I have never flown an airplane without some kind of GPS. Whether it is the glass cockpit G1000 in the Cirrus airplanes, or the Garmin 430s in the Arrow and Seminole, there has been something to help with the process of instrument flight. I was in for a good laugh when I climbed into the right seat of the Cessna 172 with only a single VOR and ILS components.

I started my training at CRAFT flight school in Charleston, South Carolina. They are right on Charleston International/AFB which is so cool. I took off behind a C-17 military cargo aircraft! It was amazing, that airplane is huge! 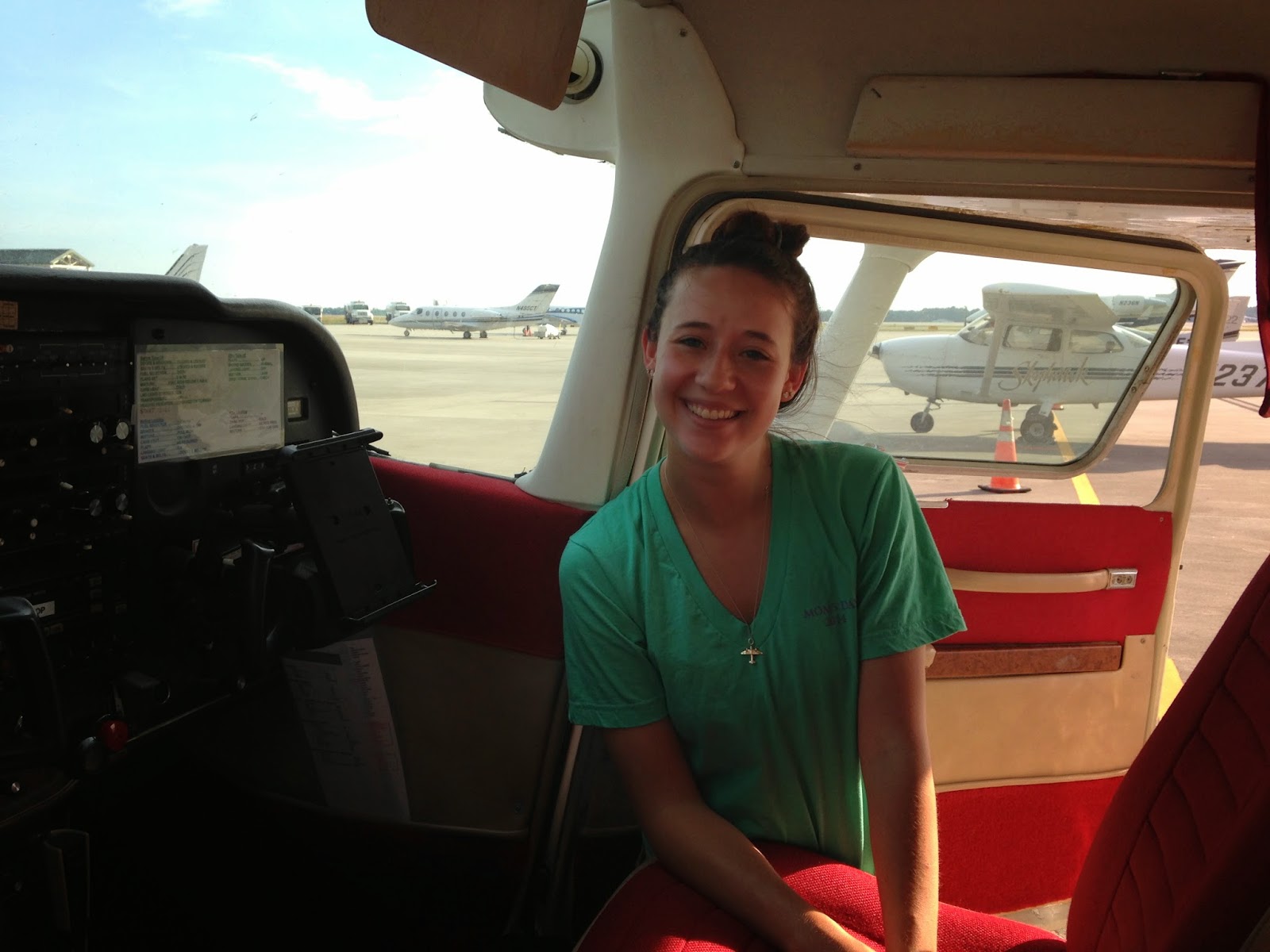 My first flight was to get used to the airplane. So we left and went to Charleston Executive airport to shoot an approach and then come back to Charleston to shoot another and land. We were on our way to Charleston Exec, when I realized I didn’t know how to identify the fixes. I’ve never done it before without the GPS as a primary means to establish myself on the route. I was so confused looking at all of the round dials, that I hardly use, and sitting in the right seat, which takes away visibility of half of the instruments. So, I started asking questions. I mean a lot of questions. 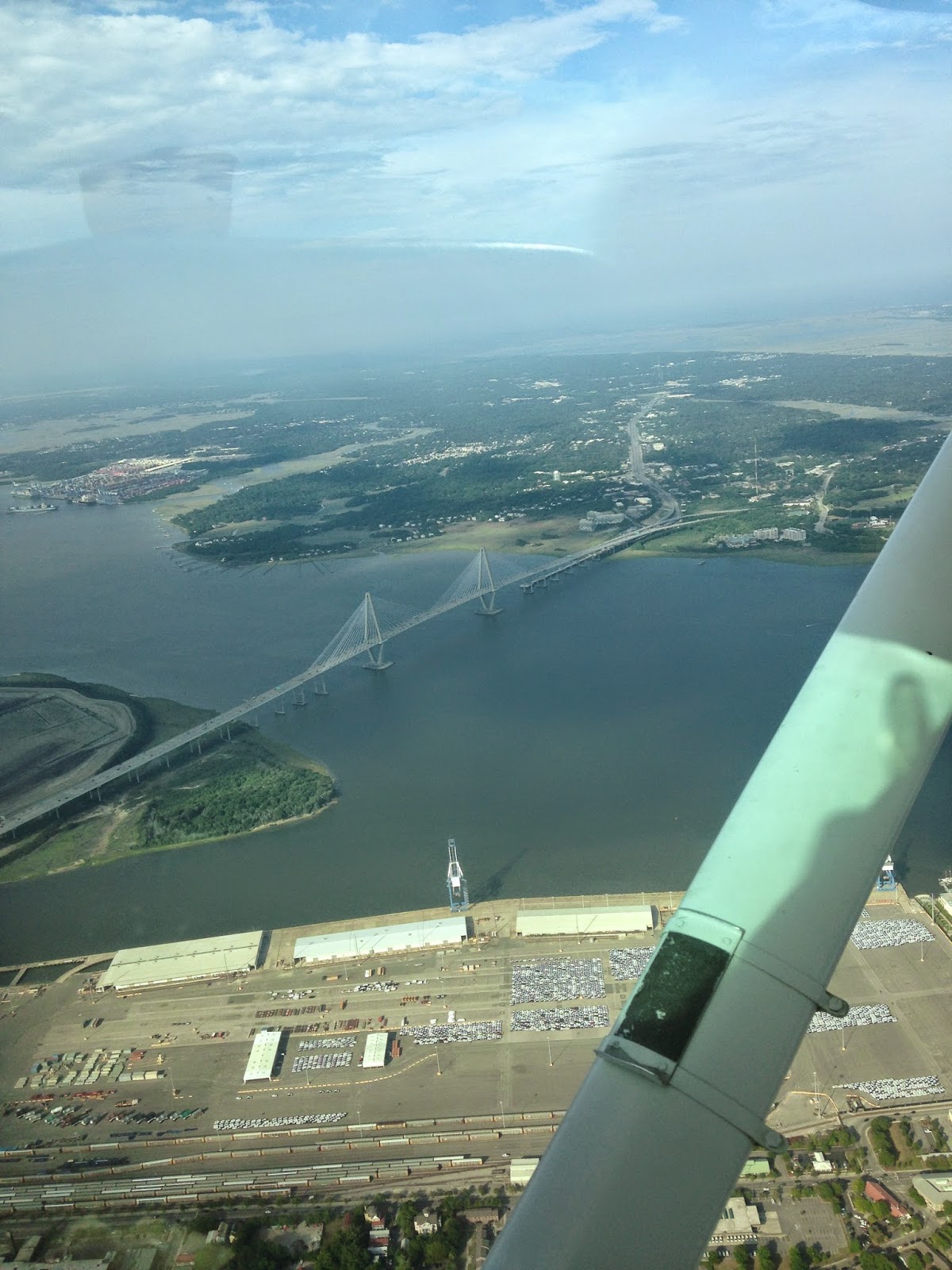 By the time the approach started, I was pretty much set up and thought I had it all down. On the approach however, I was still a little lost. Needless to say, it wasn’t a good one. By the time we got back to Charleston International, I felt a little bit better and was able to set up my approach and fly it to a nice landing. I love landing Cessnas. They float forever and then just set you on the ground. If you ever want to impress someone who doesn’t small planes; land in a Cessna.

After the flight, we debriefed and I’m going to go into the full motion Red Bird simulator available to the flight school for training. This way, I can get even more used to the airplane and hone in on my teaching skills. I really want to get this rating before I head out for Air Race, which is in 2 weeks!

I’m excited to keep flying and I’ve been studying for the Check Ride like crazy this past weekend. None of this would be possible without GWW! Thank you so much for helping with this rating and I’ll be keeping everyone updated on my progress! 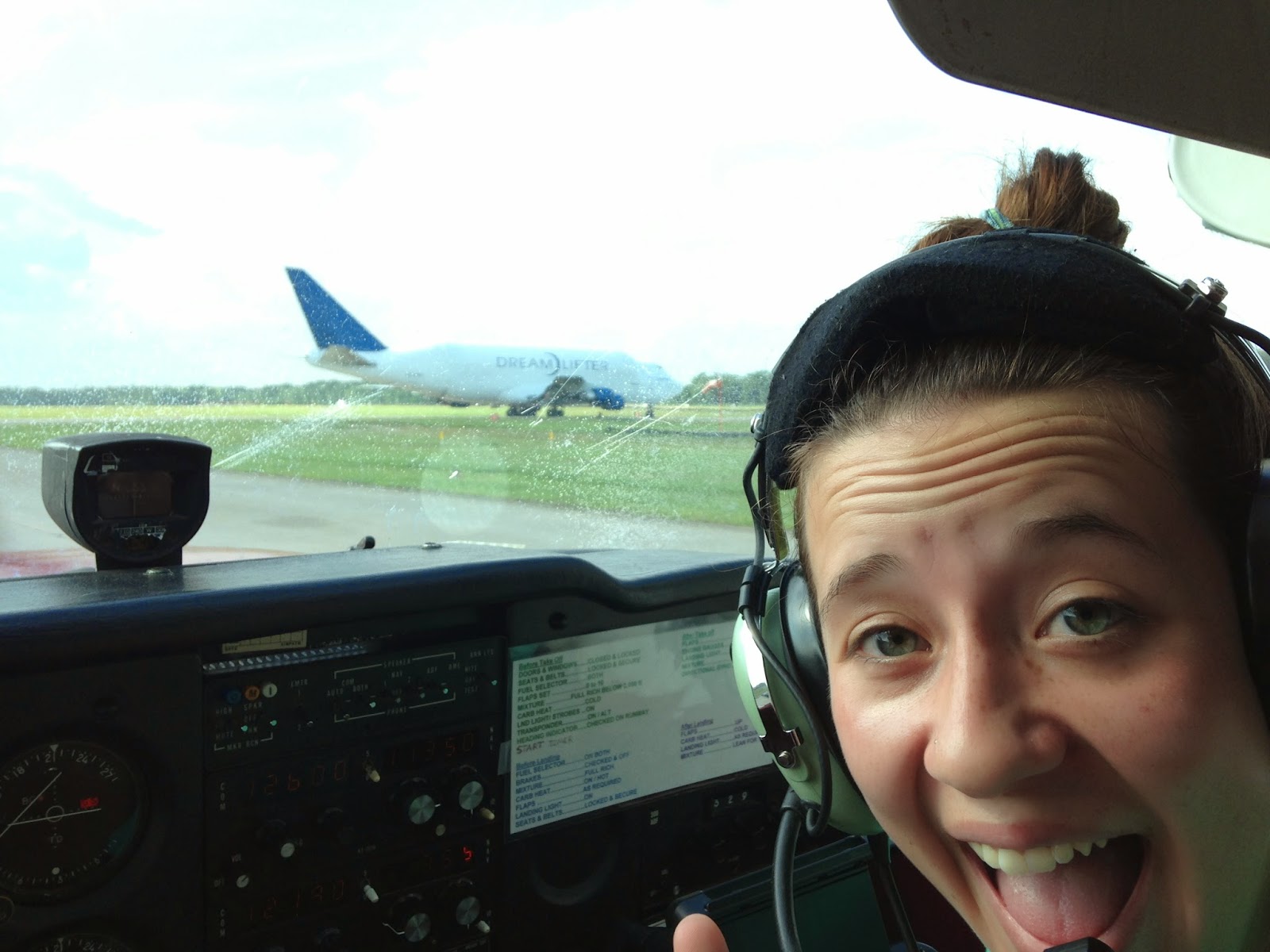 Earlier this week I flew in the simulator to get used to the airplane and also to practice my instrument teaching skills. It’s a lot cheaper than the airplane; which means more flying practice later!

Today…. I took off behind a Dreamlifter! The reason I am in Charleston is the internship I have with Boeing this summer. Boeing is an amazing company and I feel blessed that I have the opportunity to work there for a few months and see what they do. Anyway, they make the aft section of the 787 there and also assembly the entire airplane at the plant. Which is beyond cool. The Dreamlifters, which there are only four in existence, are always flying in and out, taking and bringing aircraft parts for the airplanes. It is truly amazing to watch. The Dreamlifters’ category is Heavy Giant – which means they are massive. 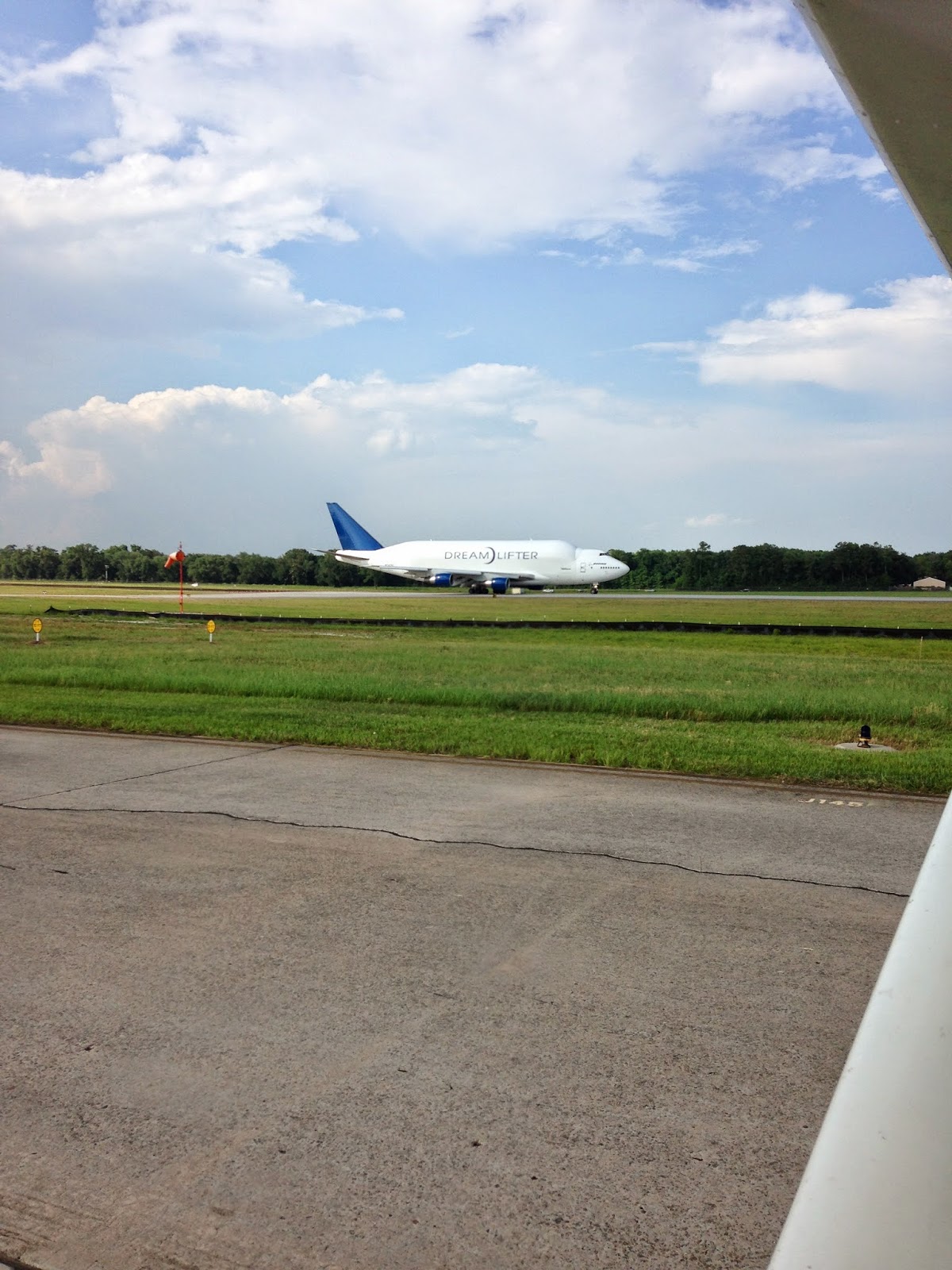 I was able to do three approaches today around Charleston. Two to uncontrolled fields and one into Charleston International. I feel a lot more confident in the navigation equipment I’m using and in my instrument skills. I was able to teach while I did everything. When mistakes were made; it was a teachable moment. Today was a great flying day, until we saw this huge thunderstorm coming in, then we decided to go land!

Over the weekend, I’m going to try to fly one or two more times and then take my check ride. Wish me luck! I’ll be studying all weekend! If anyone has any study guides or tips they would like to share, I’d love a shout out.