I started my flight training at the end of January and had been flying twice a week, on average. That is, until April rolled around, and I was running out of money. I flew a few times until I completely ran out. There’s only so many hours I can work in a week as a graduating student with two bachelor’s degrees, but I worked as much as I could and saved up for my next lesson which was supposed to be my first flight to a towered airport. But as deadlines and graduation approached I realized I couldn’t really work anymore; so with my instructor’s advice I decided to put flying on hold, even if it meant not flying for a month. Then May happened...I got the news that I was awarded the scholarship, and I was in disbelief (only for a moment, though). I was so grateful and excited, and I quickly scheduled my next flight lesson. We were off to learn tower communications and flight following. At this point my mind had been so overwhelmed with classes and final projects and making sure I had everything ready to graduate, that I had quickly forgotten much of that flight. I was pretty discouraged and lacking confidence in myself. It was a good introduction and good practice planning a flight log, but I realized if I kept flying while I was still in school, I wouldn’t be gaining much from the lessons. So, grudgingly and reluctantly, I said no more flying until I graduate. I needed to declutter my mind and catch up on sleep so my body could function normally again. 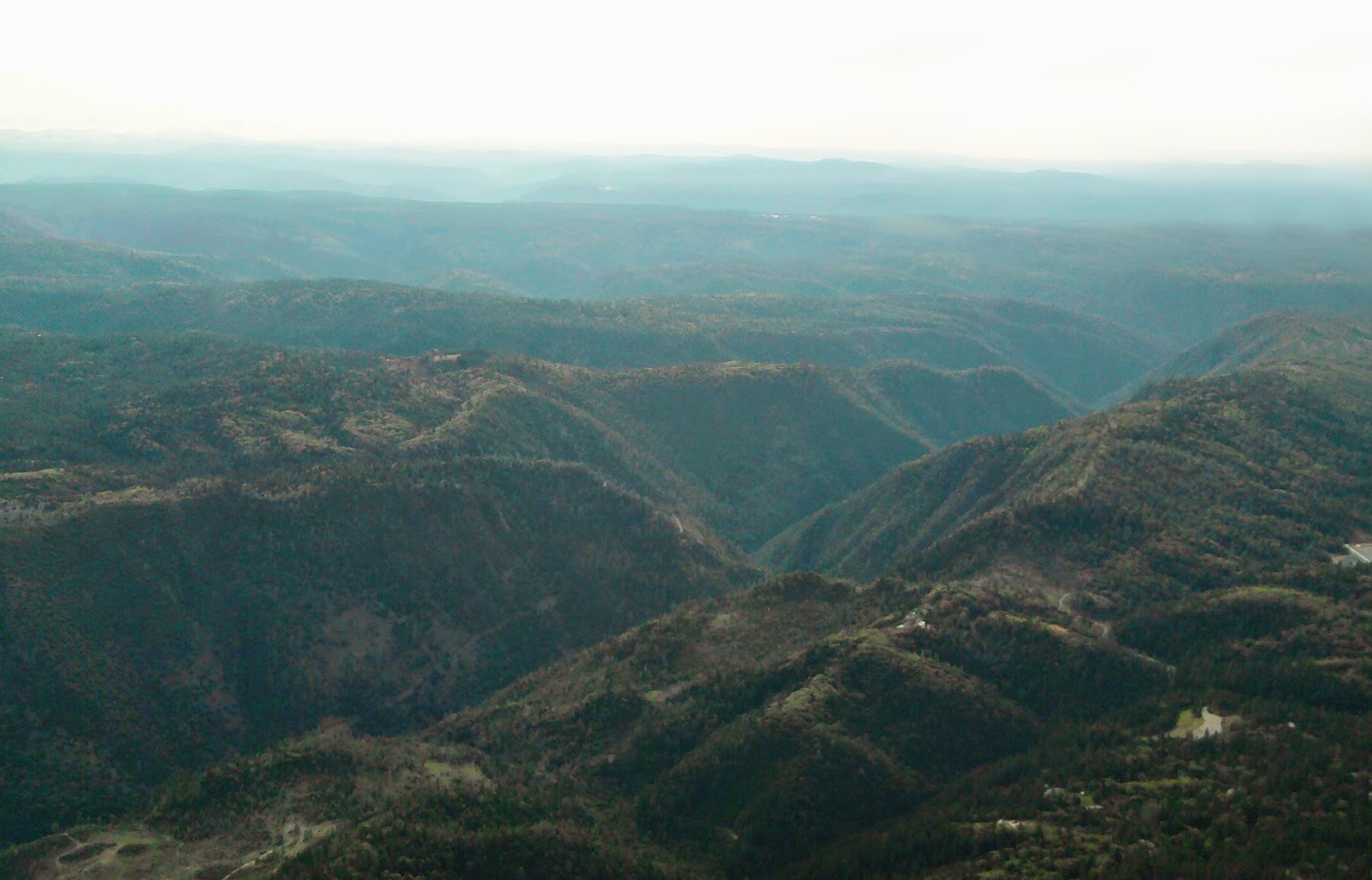 So here I am now, three weeks later and thrilled be graduated and done with school. But more importantly, I can fly again! Today was my first cross country flight as well my my first attempt talking to tower. Although my first experience with tower was confusion, I wasn’t ready to give up so easily. Last night I planned my route with the proper checkpoints (avoiding the Air Force Base), calculated my winds, heading, speeds, and times, and made sure I had everything I needed clipped neatly to my kneeboard. I arrived at the airport this morning and preflighted the little Cessna 150 as usual and filled the tanks to the top so we’d have plenty of fuel on board. The day was quite windy, but sunny and clear. I was ready to take off. Except for I forgot one thing: file a flight plan. Silly me...so back inside I went with my instructor, Jen. Today she decided she was going to be mean to me and have me call and file the flight plan. “You want ME to call? I don’t like phones! I don’t like talking to people I don’t know! I don’t know what I’m doing! Why don’t you do it this time and I’ll just watch and listen?” I had no choice, she was making me do it. Of course she was still somewhat nice to me as she did walk me through it first. So then we called in, and I told the briefer that it was my first time and I was a student pilot. It actually wasn’t all that difficult. It was pretty simple, and she was very nice and slow (part of my confusion with radio communications is that it all happens so fast). I felt pretty good, and now I can easily file another plan anytime. There’s really nothing to it. 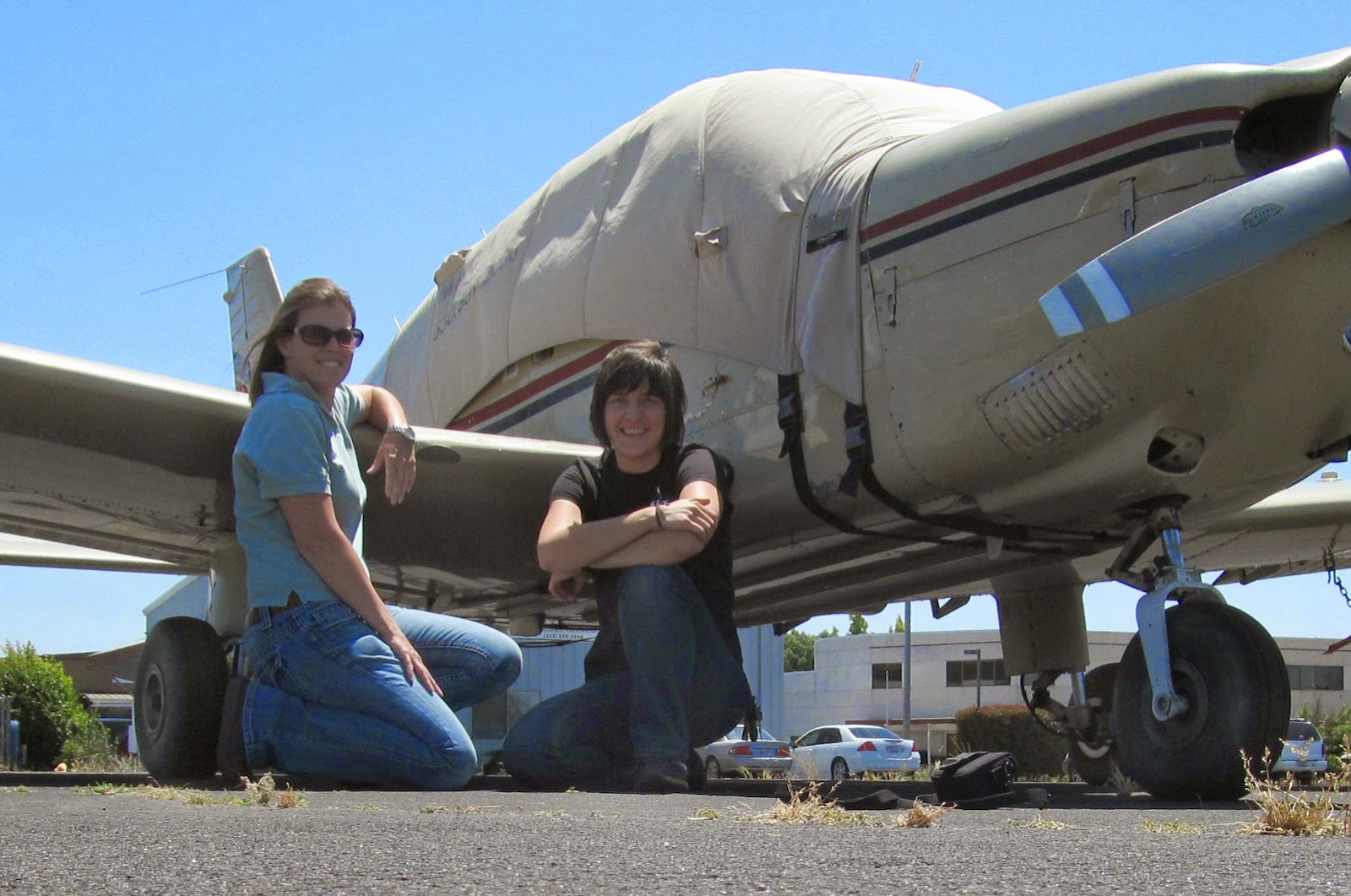 Back to the airplane we went. We loaded all of our stuff into the plane and proceeded with our checklists. My first checklist was to take a picture for this journal entry. I couldn’t forget that! Then we taxied to the end of the runway to do our typical run-up. This is when I began to worry a bit and here’s why...when we flew three weeks ago, during the run-up carb heat check, the carb heat increased rpm instead of decreased. We decided to fly anyways but when we got back and finally talked to our mechanic, Bob, he said that was no good. So I marked it in the squawk sheet and forgot about it–until today. I looked at the log and there had been at least 10 flights since we flew it last. When Jen saw the increase in rpm she immediately said we’re taking it back to Bob. We weren’t going to fly today, at least not in that plane. The only other option was the Piper Archer which I had never flown before. So as I cleaned up the C-150 and moved everything into the Archer, Jen preflighted and amended our flight plan. Two hours after I had arrived at the airport, we were finally on the center line, taking off, and I was getting a crash course on the differences between the two airplanes. I was definitely feeling the AIRMET turbulence as I was struggling to fly straight and level. But aside from that, it was just like flying my little C-150, but better! Even though the flight log I had planned was for the other airplane, we still used it for our pilotage and dead reckoning. Surprisingly, the numbers weren’t far off. The flight was great! I was passing all the right checkpoints at the right time, and I was feeling very proud of little flight log. 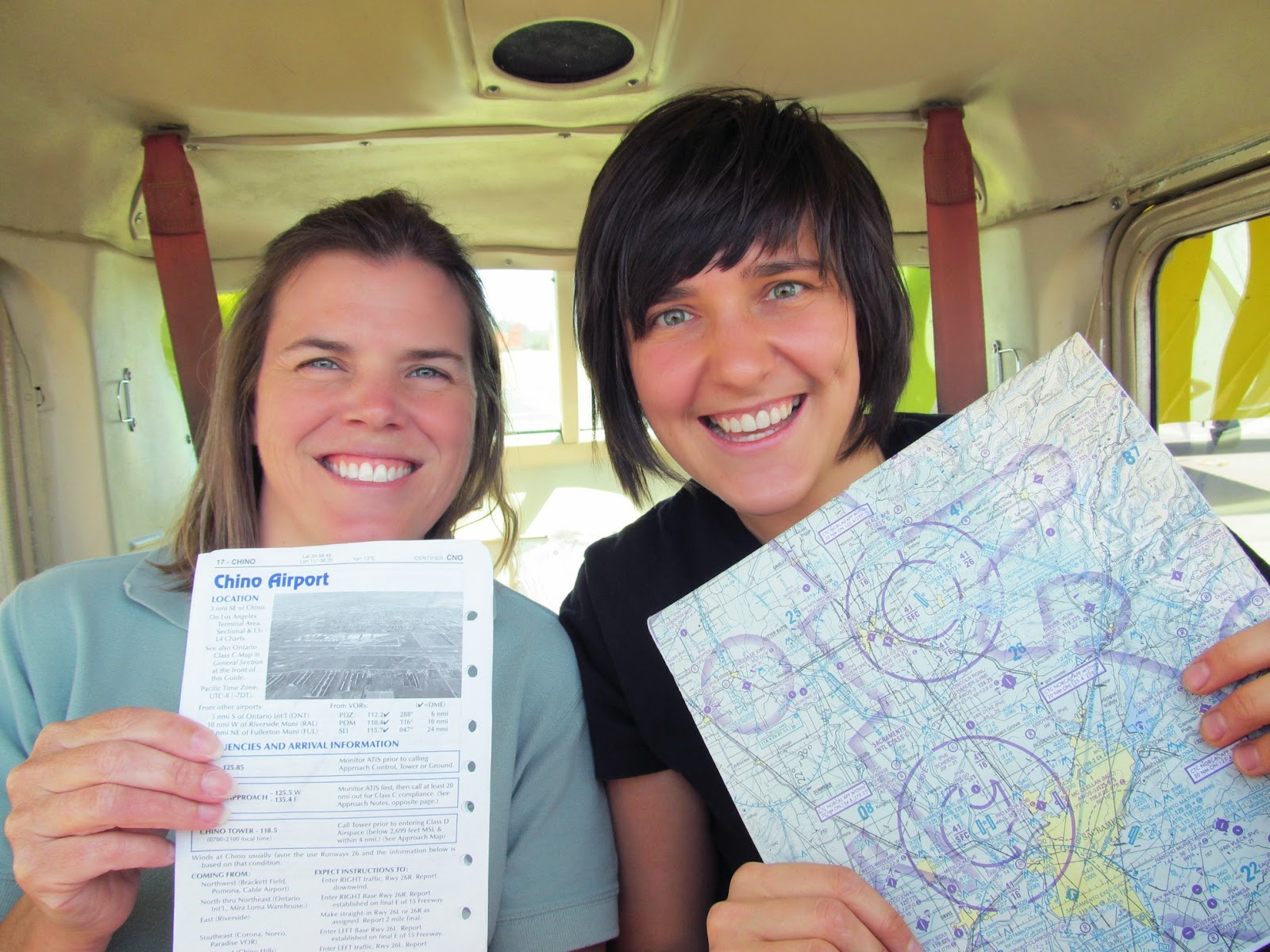 That was the fun and easy part, then came tower communications. Jen told me what to say when I radioed in, but I forgot before she finished saying it. So I wrote it down, word for word, and then made the call. And then I didn’t know (or actually, didn’t remember) what to do after tower responded so I looked to Jen with a pitiful expression hoping she’d jump in and save me. And like the good instructor that she is, she did. I listened carefully as she communicated with tower because I knew there would be no mercy for me next time. We were cleared to land and as I was maneuvering to the extended centerline, Jen reminded me that we were in a different airplane and the outside “picture” would be different upon landing. “Oh great!” I thought to myself. “Low-wing airplane, gusts up to 24kts, different airport...I can’t do this.” I was pretty content just letting her land the plane. But that wasn’t on her agenda because she just kept talking me through it all the way down and just barely helped toward the end. I landed that thing pretty much by myself! I was excited! Now I was waiting to get permission to taxi. Which is still a new concept to me because my home airport isn’t towered so I do what I want, when I want. Anyways, we taxied back to the runway as I stuttered with tower. It’s really not that hard, but not knowing what to expect and forgetting what I’m supposed to say is what’s giving me a hard time. Jen gave me some radio calls that I can study before my next flight so I’ll be more prepared and expectant.

The flight home was a little more eventful when I realized I was overflying an airport that was about 8 nautical miles off of my intended route. Uh-oh. I checked my heading and indeed, it was way off! If I would have kept flying that heading, I would have ended up right in the middle of the Air Force Base which also had a TFR at the moment. I quickly corrected to get back to the original heading. The rest of the way home was fairly easy until we got on the final leg and Jen realized how bumpy it was. She definitely had to help me land the plane this time! Now that I was on the ground, I realized the time. We hadn’t even flow for 2 hours. This Archer is fast compared to the C-150! It should have taken us at least 2.5 hours based on my calculations for the 150. I think I like the Archer...it may be more expensive to rent, but it’s faster so I can get more done in an hour than I can with the little plane. So hopefully soon, I can get checked out in that plane as well. As we were cleaning up the Archer, I realized I had completely forgotten to take pictures of the flight! There is a section of the route that is really pretty and I knew I wanted to get a picture, but I forgot! I shouldn’t be surprised though, since anytime I go flying everything else just vanishes from my memory. So we decided we could at least take a picture next to the Archer. I also found a picture in my cell phone when I rode along with another student on a part of the route. It was taken a couple months ago but still looks the same right now. It doesn’t matter how many time I fly over mountains or canyons, I’m still amazed each time! It’s just so beautiful! I can’t imagine my life without ever flying. Seeing your home town from a different perspective gives you new dimensions and meaning to life.

Well, now I get to study, study, study. Jen has a policy where students can’t go on a solo cross country until they get the knowledge exam done. So I’m hoping to get that done in the next couple weeks and in the meantime, we’ll be working on some more radio communications, and I need to review some of my basic maneuvers that I haven’t practiced for a long time. I was never grounded as a child, but now I know what it feels like since I had be physically grounded for three weeks. Not the best feeling. I’m thrilled to be flying again!