This is Susana's essay from her application. As an awardee of this scholarship, she has agreed to send us updates on her flight training, which will be posted here when they are received. 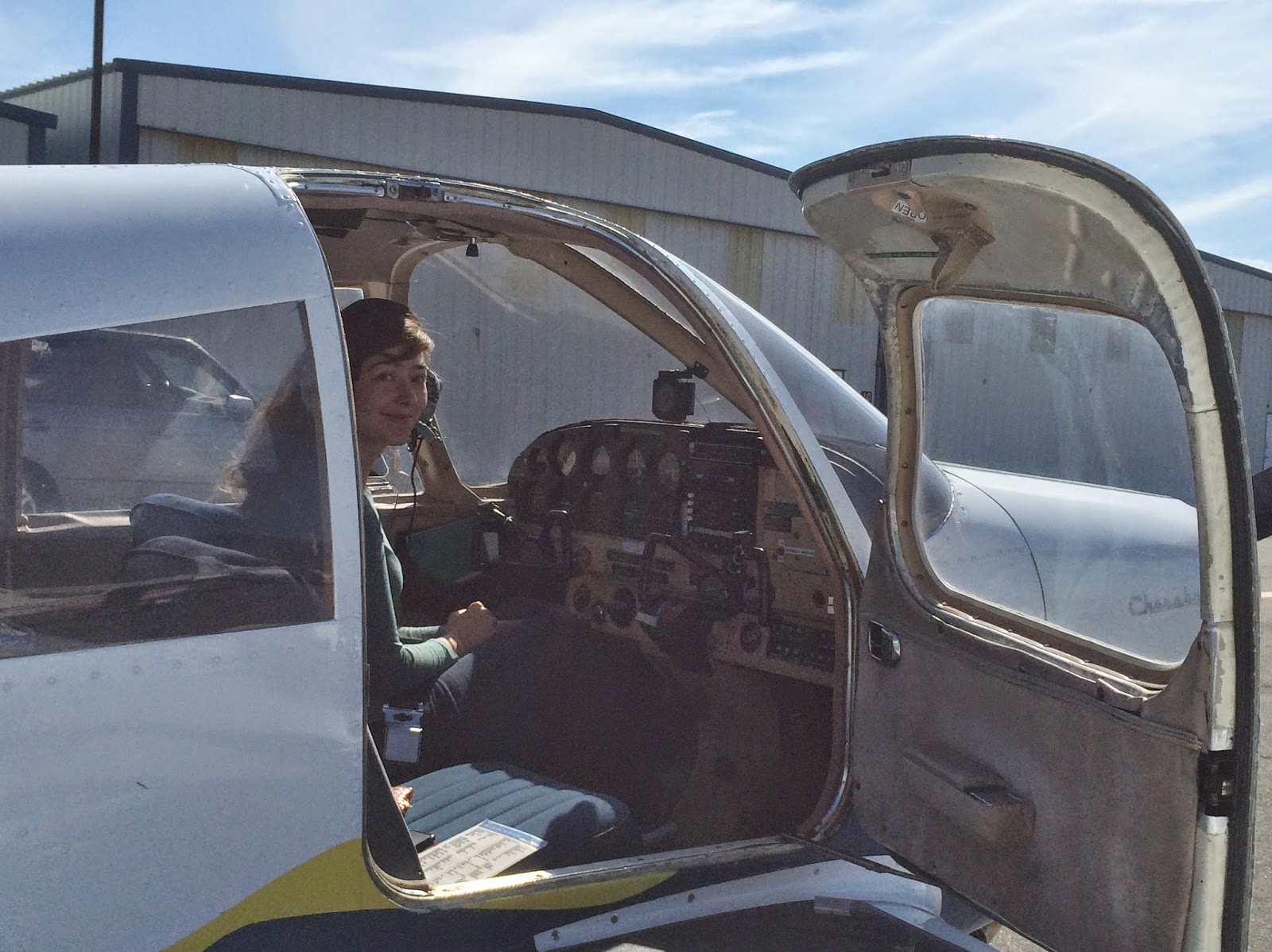 If you asked me a year ago, I wouldn’t have believed it. Me? A pilot? That sounds like something out of a movie. Am I really capable of doing something like that? All I’ve ever done is study history in college. I don’t know if I know how to do anything else. After all, I grew up in the concrete jungle of New York City. We didn’t have a shop class in high school, and I didn’t grow up launching rockets from my backyard. But here I was one year later, in the cockpit of a Piper 140, rounding the pattern for my first solo!

The summer I turned 21, a family friend first introduced me to the joys of aviation in his Cessna 150. It was as if a new, previously unavailable world had opened up to me. But as a young Latina with no technical background, it was also a very intimidating world. These were guys who had rebuilt their Camaro, who were studying engineering, who were veterans of the service. I felt completely out of my element.

Instead of becoming discouraged, I jumped in. I had never spent Saturdays flying model airplanes, but I had always been self-motivated. I bookmarked AOPA’s student website. I downloaded Microsoft Flight Simulator and Comm1. I bought myself a remote controlled helicopter for my dorm room to better understand how aircrafts maneuver, using my heater to observe the effect of thermal wind flows on flight. A few weeks ago I graduated from college and moved out to Tehachapi with my boyfriend. I’d saved up some money from working at my college town’s grocery store and doing odd jobs: babysitting, office work, a legal internship, you name it. Money is always hard to come by as a student, but I made it work. I took a few lessons, enough to know that I actually wanted to do this, and then I put aside all the time and money I could to do something I love. It was an easy decision, really.

I’m also learning in one of the coolest places to learn to fly. Tehachapi rests at an altitude of 4000ft, surrounded by mountains. The end of runway 29 has a huge hill that quickly teaches you the importance of best climb. Practicing cross wind landings just one town over in Mojave is its own challenge, but, within a few lessons, I learned to navigate the frequent 25knot crosswinds that grace their major runway. Instead of thinking of it as a hassle, I’ve actually found crosswind landings to be incredibly fun, much to the amusement of my instructor. We’re planning on renting a spin-certified plane for an hour or two in the future, since I enjoyed practicing spin recoveries so much. Apparently I’m an adventure junkie and I never knew it!

I’ve always been a straight-A student, but maneuvering comfortably in an academic setting is completely different from feeling comfortable and capable in your everyday life. I have found that flying, which constantly stretches my mental and physical capabilities, which gives me something to hold, take ownership of, and command, has given me this confidence in my abilities that I haven’t found in any other area of my life. This is an experience I want to share with every woman.

I want to be a role model for Girls With Wings because part of my hesitance in pursuing flight lessons came from a conviction that no other women were doing it. Recently I’ve met a few awesome women in the Tehachapi area who are proving me wrong. Still, girls need to know that they’re welcome and wanted. I think that when young women see successful female role models they find that instead of getting discouraged they want to push themselves to be stronger, more self-secure people and better pilots.

Secondly, I really love the aviation community. I’m always hanging out at the pilot’s lounge, helping out the owner of the local FBO (we cleaned spark plugs the other day), and trying to fit another lesson into my week. I feel like I’ve done a good job planning out everything I need to do to achieve a private pilot’s license before I start law school in the Fall. I’ve organized a weekly self-taught ground school with two other local students at the airport that’s part social and part communal learning. We pooled money into buying books together, and I’ll be taking the written exam in a few weeks. I plan to do something similar for my oral exam. Essentially, I think my enthusiasm, interest, and hard work will appeal to many girls who either like the idea of flying but are nervous about pursuing that dream, or current female students who would just be happy to know that they’re not alone.

Even without the recognition of this award, I plan on being a role model to all young girls who don’t yet know that the sky is not the limit. My ultimate goal, no matter how long it takes, is to get my license. A few years down the road, I want to instruct young girls just like me. Too often, money is an obstacle to doing the things we love. With the money from Girls With Wings I can personally grow and excel. I hope that by sharing my experiences, I can encourage other women to hop into a cockpit and rule the skies!