This blog post has been brought to you by Will, the ultimate webmaster donating his time to work on the www.PenelopePilotProject.org site for Girls With Wings.

Will, a true aviation enthusiast, spends what free time he has outside of a full time job doing IT stuff on flying and studying to be a Certified Flight Instructor, or CFI. He takes advantage of every opportunity to talk to others about aviation as well. Recently he told me how he had met up with a friend who he had mentored during his pursuit of his private pilot certificate. This guy takes his daughter flying but had only recently taken his niece (the one who "braved" it, in his words) around the traffic pattern. Will asked her if she had been scared and she nodded. But, he said, "I think she has daddy's adventurous gene and was sport about it."

Will was asked by a couple of young women at a coffeeshop why there aren't too many women in aviation and he responded with a question of his own: "Why have you never considered aviation?" Together they came down to 3 conclusions:

Of course, 3 is an easy one, since I am familiar with this one (hence Girls With Wings). 1., I'm also working on, with the help of Adrienne, a major airline pilot, with Mommies With Wings, a special section on the GWW message board. The truth is, there a lot of women who are successfully juggling a career and a family. Make that career an aviation one, and you have a happy successful mom. Just see our role models page for real life examples!
So it comes down to 2. Fear.

I'm not a psychologist, but found a website about Fear of Flying from someone who is.

Flying is generally considered to be one of the safest forms of public transportation currently available in the United States. Statistics compiled by the Department of Transportation have led to the conclusion that airline travel is 29 times safer than driving an automobile.

The problem with the above statistics is that they do not stop people
from being afraid of flying.

Statistics do not help because the fear of flying actually has little to do with risk as such. If the fear of flying were actually caused by the potential for an accident, then everyone who fears to fly would be even more afraid—29 times more afraid, to be statistically exact—to drive or ride in an automobile. But that is clearly not the case.

Anyone who flies—even someone not afraid of flying—understands that there is always some chance of an accident, just as with any life activity. Relatively few accidents happen in aviation because pilots are specifically trained to stay calm and to think clearly in an emergency—and they are trained to handle just about every emergency imaginable.

But, without their own specialized training, many passengers sit in the cabin worrying about the dangers of flight. Despite the safety statistics, they become disabled by fear and experience the psychological symptoms that make flying a misery.

As Will shares with me in his email, he took a female friend up flying who feared the surface turbulance on final, which he described as completely benign. As he says, "The FAA and AOPA and everyone else in aviation has been trying to get people into aviation and increase our numbers, but it makes me wonder...if people are inherently afraid, what will drive them to spend their hard earned money on something they fear by nature? My question is basically, how do we drive the fear out?" 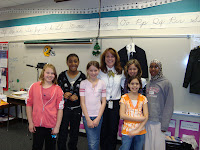 Just yesterday I made a presentation to a group of fourth grade girls (and yes, this is as exhausting as it sounds). Part of my presentation includes 2 points: that I became a pilot because it was offered as a challenge and also that I am afraid of heights. I recognize that letting my fear of heights limit what I can accomplish in life limits my enjoyment of life. Though I must admit, going on a zip line tour last summer whizzing through trees a hundred feet in the air took a while to "enjoy."

What experience or advice do you have to try to cure people's fear of flying?