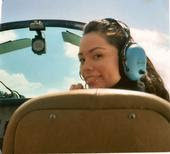 You've seen Brenda on here before, but I thought I would call to your attention the journal Brenda has started on http://www.girlswithwings.com/.

Brenda was the winner of the First Annual GWW scholarship, receiving an award to help pay for her flying lessons. She is also studying at San Jose State University, majoring in aviation, so she is well suited to share her experiences not only with flying, but also with everything else she is learning in her classes! 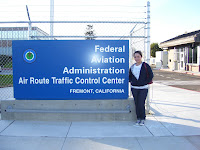 For example, Brenda just made a visit to Oakland Center, which is "shorthand" for saying Oakland Air Route Traffic Control Center (or ARTCC). See her pictures and read about her adventures!

So, what is an ARTCC and why do we care?

If you think of talking to ATC (Air Traffic Control) as layers of a cake, ARTCC is the at the top. When a pilot begins to go on a flight, she has to talk to a series of controllers.


In order (normally and simplified):


1. She gets her clearance from one frequency, and then once her flight plan is activated, she talks to ground so that she can taxi out to the runway.


2. She switches to tower to get her takeoff clearance.


3. She talks to departure (also called TRACON or Terminal Radar Approach CONtrol) as she climbs up to 10,000 feet.


4. She talks to center as she reaches the higher altitudes enroute to her destination.


5. During her descent, she talks to approach (like departure).


6. Then tower, to get her landing clearance.

Would you like to know more? See Wikipedia's Air Traffic Control.