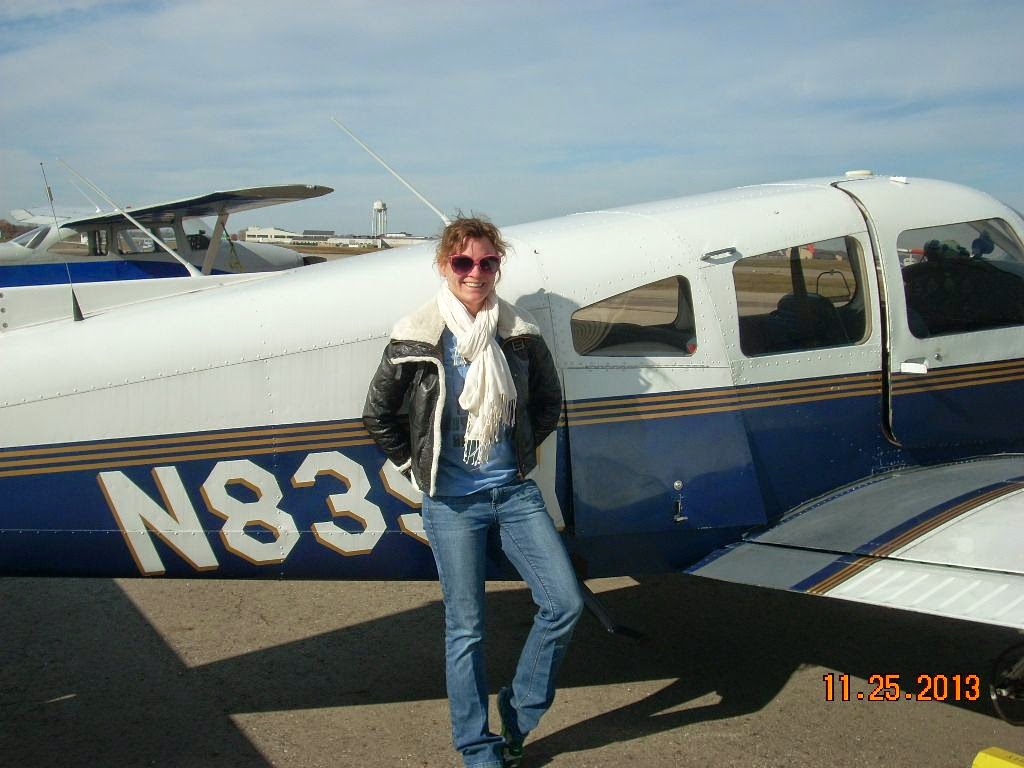 Girls With Wings: Post 2
When I applied for the Girls With Wings Scholarship there were two events I was diligently working on for the spring/summer. One of them was a roaring success; the other, sadly, was not. 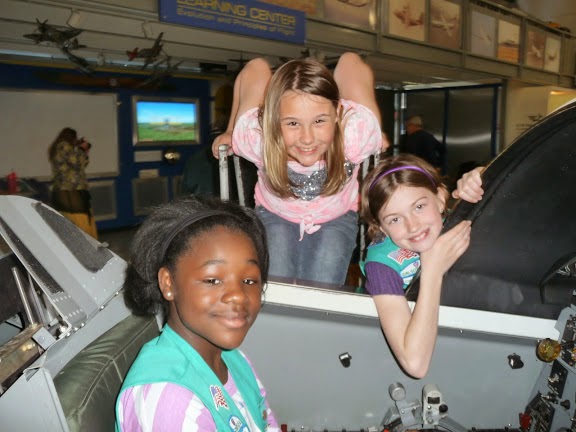 At the end of April I coordinated a Girl Scout Aviation Day. We had over 60 girls attend, and nearly 20 of them took introductory flights. The girls learned about helicopters, C-5s, weight and balance, air traffic control, flight patterns, and even flew a simulator. As I was working with the girls during their flights just before the day officially kicked off, I had a girl ask, “Are there really any female pilots?” Of course I responded that I was one and that all day she would be surrounded by female pilots. The look on her face was priceless, but, even better, was the fact that at the end of the day she told me she wanted to be a pilot, too! I have never seen so many smiling faces as I did during the day. The girls had a great time, the pilots had a great time, even the parents had a great time. The event was such a huge success, we already have people ready to sign-up for next year! 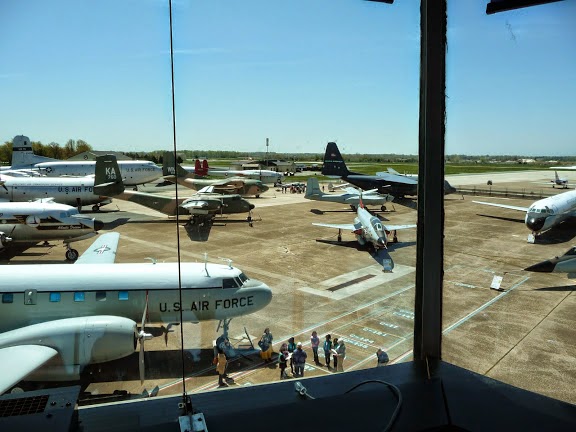 On the other hand, I attempted to put together an event for women at the beginning of June. I fly into and out of an Air Force Base, and we (myself and the Chief at the Aero Club) had been hoping to interest some of the spouses on base (and in the local community) to learn a bit about aviation. We titled the program, “Aviation 101,” and made it completely free (it even came with free food!). I had so many female pilots, mechanics, ATC controllers, etc. absolutely thrilled to take part….but I had exactly 0 women sign up. I had a lot of people tell me they were interested, but, at the end of the day, they didn’t actually commit to coming. I was devastated. I asked the Club to wait until the last minute before cancelling, just in case someone else decided to sign-up. No one did.

Having to cancel an event was difficult for me. Like most pilots, I’m excited to share my passion and enthusiasm with everyone, and I really struggled with the fact that this time I wouldn’t be able to do so. As I was expressing my frustration, I met another woman who runs an after school program for at risk high school girls. We started talking, I shared a bit about my girl scout day (and my failed attempt at getting women interested with Aviation 101), and she asked if I’d be willing to organize an event for her girls. Of course, I jumped at the chance. This summer I’ll be working with about 30 high school girls introducing them to aviation and building their confidence. We both hope the girls will begin to see just how many opportunities are available to them. I’ve also been introduced to the Aviation Explorers Program, and I am hoping to organize a group down here in Delaware.

I know education will be my calling in aviation. I know I want to be a CFI, and I’ve already acquired my ground school certifications. But I needed to find a focus for my outreach. I’ve figured out I can educate women better if I know them, if I take them flying, if I get them excited, and, if I then try to teach them about aviation. I know this isn’t true of all women (or even all adults), but so far, it seems to work better than organizing classes. Young adults and kids, on the other hand, if I can get them together with some of their friends and organize a day full of different activities—then, they are sold. Most kids (especially young girls) don’t know they can be pilots…they don’t even know the option is there, and they don’t know the steps to achieve that goal. This past month has forced me to sit down and revise my flight plan. I was so intent on a one size fits all idea that I lost sight of the challenges different people face. I consider this month the month where I learned how to divert to an alternate. Flight plans have to be adaptable.

This month hasn’t been full of disappointment, in fact, I’ve done very well in my flight training! I’m flying a Part 141 syllabus, and I have three stage checks along the way. I have passed my first stage check, and I am halfway through my second! I am halfway through my instrument training! I just finished working through holds (as designated by ATC), and they still make my brain hurt. I think I may have joined the ranks of all the Instrument pilots who pray ATC never gives them a hold outside of a published approach! Now, I’m tackling VOR approaches. I’m really working on understanding the timing, and precision, involved in non-precision approaches. It seems like a paradox—the non-precision approaches require more precision—but my ILS and RNAV approaches tell me everything I need to know (on one instrument!), but the VOR/NDB approaches don’t. It can be overwhelming, but I am thoroughly enjoying the challenge. 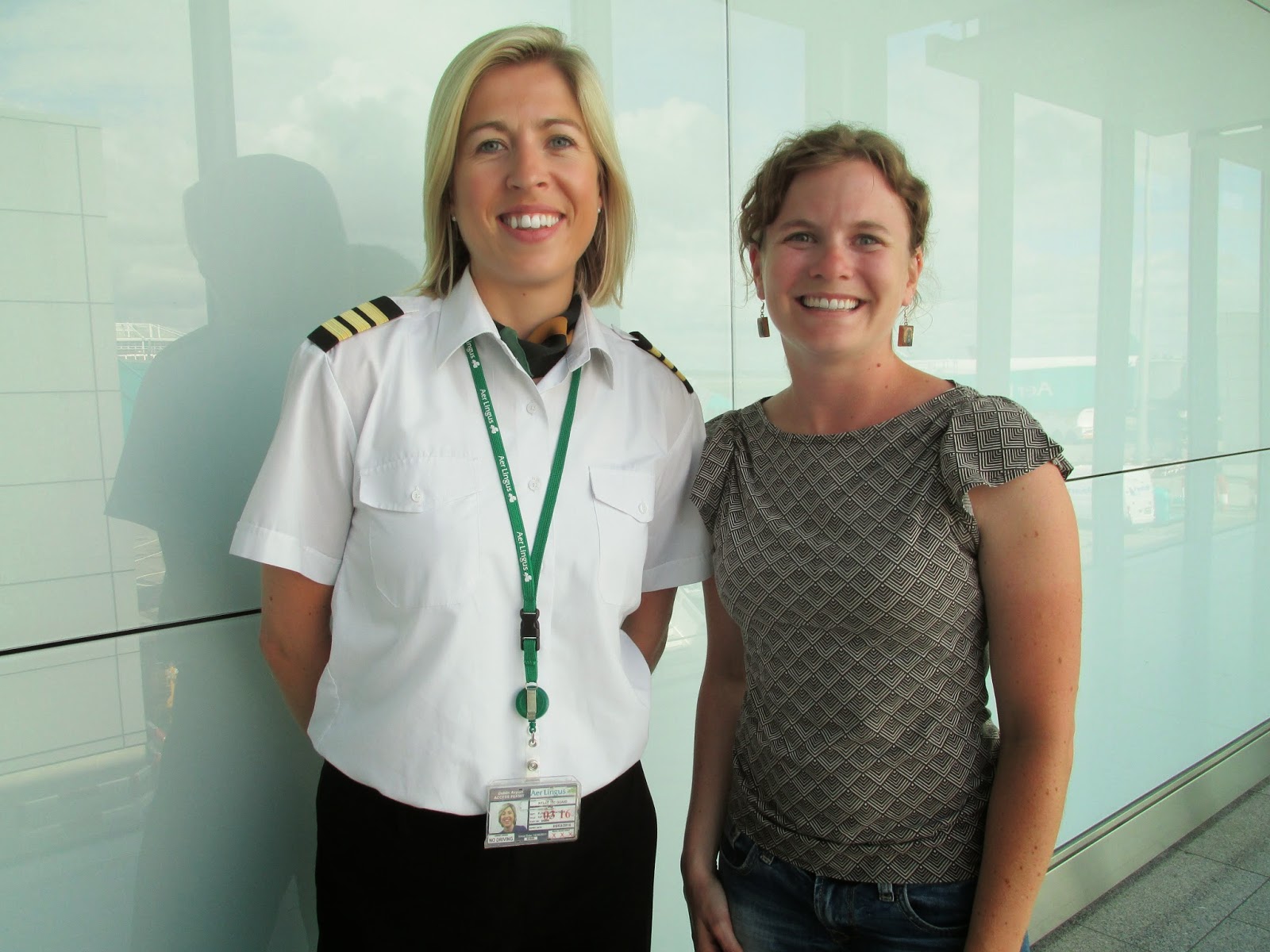 And, lastly, my most exciting news this month: I am officially a Doctor! I just received my Ph.D. from Trinity College Dublin. I had to fly to Dublin to defend my thesis, and I was terribly nervous on my flight over (it’s the first time I’ve ever been nervous to fly). However, the Captain of the airplane was a woman, and somehow, seeing her, I knew everything was going to be okay. I talked with her a bit about the Girls With Wings program, and she is just as excited as all of us to encourage more young women to fly. She even let me take her picture. With just .2% of the population as pilots and only 6% of them as women, we all need a little reminder of just where our flight plan is going.