It was September 26th when I made the call to schedule my Private Pilot checkride. I sat in front of my phone with a paper and pencil for a good 5 minutes. Just thinking about what was about to happen. I never thought I would get nervous about making a simple call!
.
Eventually I made the call, and my checkride was scheduled for Monday, October 10th. A week later my cross country flight plan assignment was emailed to me. I quickly scanned through it and I immediately knew this was not going to be easy. The day before my Private Pilot checkride was the most stressful day of my life so far. I couldn’t sleep as much as I tried to get as much rest as possible before my big day. With the help of many many friends I was able to make it through.
It has been almost four years since I received the Girls With Wings Scholarship, and it has been over five years since my first flight lesson. My point is not to show how long it has taken me to receive my Private Pilot certification, but to let everyone know that any dream or goal can be accomplished no matter how difficult something may get.

This was something that really took me by surprise. There was someone who met me while I was at work and believed in me ever since. This was a gift that I will forever be thankful for along with GWW scholarship. The support I have had has been so amazing! I have developed great relationships throughout my Aviation career.

Since graduating from San Jose State University and receiving my Pilots license I have been in search of a decent job.Recently, I interviewed with one of the biggest corporate aviation companies for a position as a crew scheduler. This interview was possible thanks to a great friend of mine who works as a Pilot for the charter company, Betsy Donovan is a wonderful person I met through Women in Aviation of the Bay Area chapter.

The interview was a great experience and went well. Still unemployed and living with my parents, using my time to read up on some instrument stuff!!! A job to me right now is a necessity in efforts to continue pursuing further ratings and pilot certificates as well as paying off some debt from college! With hard work and keeping my passion alive, I will reach my ultimate goal of being a professional pilot. 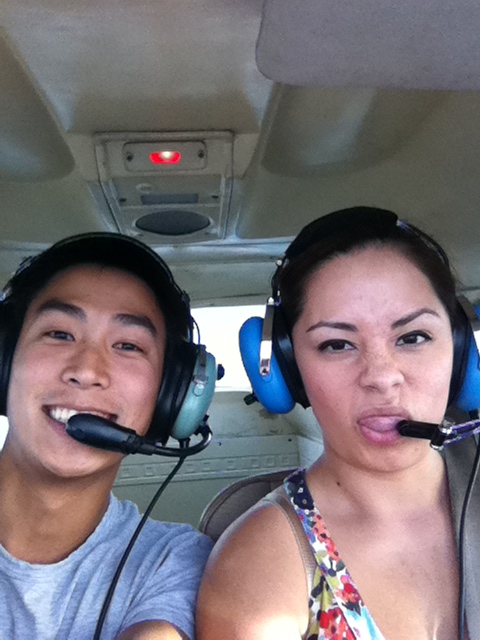