Yesterday yet another guy signed up for a GWW membership and stated his support in this way, "I try and get as many people as I can to notice this site and this program (Girls With Wings). It is the best thing going for bringing aviation into the lives of girls, and it should be a national program." I love to hear about all of the different ways people connect with the mission of Girls With Wings (I post most of them on our Facebook page!). I especially love when men can understand and get behind our efforts without feeling threatened or that women are asking for special favors.As my twitter friend JefftheCFI said, "I would have done it sooner but I thought it was a "Gurlz Only" club. ;-) Let me know if I can ever do anything to help out." He immediately joined after I let him know that it definitely wasn't. 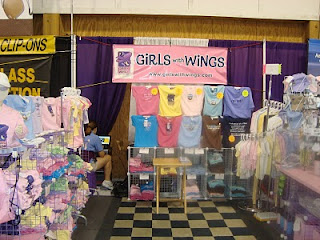 If I seem obsessed on these topics it is because my mission in life is to increase the number of women in (and enjoying) aviation. I have been criticized more than once because of my female-centric Girls With Wings organization. I hear several times at Oshkosh every year from some guy surveying the pink themed booth, "Girls With Wings? Why isn't there a booth called Boys With Wings?" To which I reply, "The whole airshow is Boys With Wings. Girls have just one booth." [That booth, btw, is 1058 in Hangar A - come by and see us this year!] We just want to let girls know that aviation is for them, too.

There are many great organizations out there to encourage people to be pilots, but since the 6 women out of 100 licensed pilots ratio hasn't increased since the FAA started keeping records, we must be missing something. I have started writing articles on how to keep women, once they start taking lessons, to stay in them and follow through to their private pilot rating (at least). I just read that 70% of people drop out of flight training once they start (FAA Statistics). Wow.

Though It could be because of the price. Yesterday I took my first lesson in a Cessna 172 and it cost several hundred dollars!

I am bound to get criticism for my gender generalizations, like "Women feel the need to understand something completely before they feel comfortable." The resulting self doubt can discourage women from continuing their training. I know I'll get more comments because "we shouldn't make special concessions for women" and from women who don't appreciate being lumped together in such a manner, but we've got to try. What we're doing now clearly isn't working to get the ratio of pilots to be more equitable.

That is why I am so happy to have heard about a study being conducted on researching why only 6% of almost 700,000 active pilots in the United States are female, Teaching Women to Fly. Dr. Penny Hamilton is an award-winning aviation educator and writer and 20+ year private pilot with earned academic degrees from the University of Nebraska, Columbia College and Temple University. How can you get involved in this research study and help other students? If you are a female former flight student who started private flight training at a Fixed Based Operation (FBO) flight school, community college or University setting, but did not earn a private pilot certificate/license, please share your experience with her. Your responses will remain confidential. If you are a female private pilot, how could that experience be improved? Please help her to compile concrete ideas to help flight instructors and flight training programs. Please contact her to complete a very short survey/interview before May 15, 2010.

The Executive Summary/research findings are expected to be posted in early June 2010 after submission to the Alfred L.and Constance C. Wolf Aviation Fund, which partially funded this important research.  They have also made grants to Girls With Wings, btw.

I called to talk to Penny soon after I heard about her website, and I am so looking forward to getting documentation to those things that I feel instinctively are true based on my experiences. I also want women to feel more comfortable in saying exactly how they feel because they know they're not alone. Privately (or anonymously) so many comments I get from women are just like what I hear from their fellow pilots, like "I couldn't keep the airplane exactly on the centerline" or some such perfectionist tendency that they were beating themselves up about, to the detriment of the other skills learned that day! 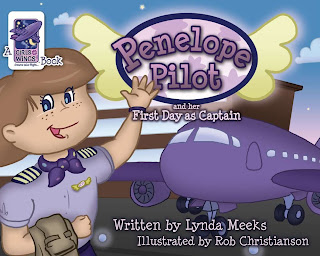 Well, as soon as I identified myself Penny said immediately that she had heard of Girls With Wings and said I was doing everything right.

And for those who are bothered  with the "Girls" part of Girls With Wings, we are still girls. And girls is NOT a derogatory label in and of itself. We  cannot and should not deny our femininity, but embrace it, since it shouldn't hinder us from getting our licenses and from staying true to ourselves!

So with this post I am wrapping up my three part series on attitude, altitude and aviation. My next post is sure to be on aerobatics, since next week [No, seriously, NEXT WEEK], is AcroCamp. That's where I'll be flying upside down, sideways, backwards, etc. Yup, me.